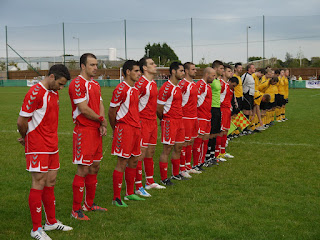 The article also appears at PlayTheGame.org

UEFA has given ground in Gibraltar’s long running and controversial battle to join international football by agreeing on a road-map on the way forward.

Six of Britain’s 14 remaining overseas territories are already members of FIFA, including Bermuda and the Cayman Islands, but Gibraltar’s attempt to play internationally has always been stymied by Spain.

After the GFA first tried to join UEFA in the late 1990s, the Spanish federation, the RFEF, threatened to quit all international and club football, prompting the European body to change its eligibility criteria so all new members must be recognised by the United Nations.

As this switch was made after the application was submitted, the GFA appealed to the Court of Arbitration for Sport (CAS), which has repeatedly upheld Gibraltar’s case. As Play The Game revealed, the latest CAS ruling came in August, when details were also leaked of FIFA ranking new applicants in terms of eligibility. Gibraltar was lowest and deemed ‘politically sensitive’.

UEFA neither appealed against nor initially acknowledged this latest CAS ruling but in January 2012 invited the GFA to its headquarters in Nyon. The two sides have been in negotiations since and today confirmed the details.

“The GFA is excited about the prospect of working jointly and in collaboration with UEFA on these and other initiatives identified in the roadmap and leading to the full membership vote,” said the GFA in a statement.

A press briefing scheduled for Gibraltar on March 28 and to include UEFA deputy general Theodore Theodoridis has been postponed until late April. The Greek executive, also UEFA’s director of national associations, must now attend a FIFA meeting unconnected to Gibraltar.

The vote on Gibraltar’s application will be held at the May 2013 UEFA Congress in London, also host of that year’s Champions League Final.

A vote on Gibraltar was also held at a UEFA Congress at Dusseldorf in January 2007. Gibraltar garnered just three votes after furious lobbying by Angel Maria Villar, who has been RFEF head since 1988, and a vice president at UEFA and FIFA since 1992 and 2000 respectively.

FIFA denied Gibraltar entry on the grounds that the only football ground, the Victoria Stadium, is on a disputed isthmus between the colony and Spain. As part of the roadmap, UEFA has agreed to help improve the Victoria Stadium, but recently the UK Ministry of Defence handed over a military sports field on the other side of the Rock to the Gibraltar government. If further objections are made, the GFA now has the option to relocate to this site.

The RFEF did not respond to requests for a comment.

Thank you for making this awesome and wonderful works of yours!!keep it up!
Todaydownload
ViewSyntax.com