As Zanzibar’s national team prepare for their annual international foray, the African islands’ national association is preparing another attempt to join FIFA.

The Tanzania Football Federation have helped the Zanzibar Football Association financially with their trip to this year’s regional CECAFA Cup tournament in Kenya, where Zanzibar take part in a group also featuring South Sudan, Ethiopia and the hosts but the ZFA remain concerned about the TFF’s lack of development plans for their islands.

“We have new facts to prove to FIFA that inside Tanzania we have two separate football entities,” said a senior source within the ZFA. “There were TFF elections in November and not a single Zanzibar candidate.”
The ZFA have long contested that the old Tanganyika, which joined with Zanzibar in April 1964 to form the modern Tanzanian state, dominates the TFF and excludes football in Zanzibar. A five year development plan put together by the TFF and covering 2013 to 2016 does not contain one mention of Zanzibar. 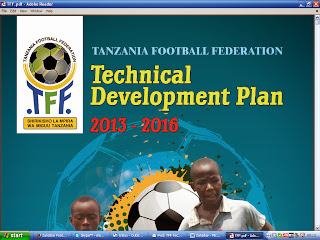 At least two previous attempts by the ZFA to join FIFA independently have been rejected, even though the TFF were supportive of these bids as that would leave more money for development of football on the mainland.

Tanzania is going through a constitutional process and a new first draft is understood to show a degree of independence for Zanzibar that the ZFA hope will convince FIFA to reconsider. The ZFA source said: “We have agreed each country, Tanganyika and Zanzibar, will deal on its own in international cooperation including joining organizations.”

Zanzibar open their 2013 CECAFA Cup tournament tomorrow with a game against South Sudan.
Posted by Steve Menary at 09:33